The stories we tell ourselves and others about rape and healthy sexuality shape the reality that women worldwide live in every day. It’s often easy to blame sexual violence on evil or disturbed individuals, but rapists are often people that are close to victims, and rape is frequent enough to be termed a crisis. There are inherent problems with how sex and boundaries are portrayed in our society. It all starts with the stories which influence both men’s and women’s perceptions of what assault means, the role of women in relationships and where boundaries lie. Understanding how these myths perpetuate violence is important, because with that we can begin to shift these harmful narratives.

Every year in the UK alone, 97,000 people experience some form of sexual assault. Research suggests that one of the biggest contributors to the problem are the stories we learn and tell about rape. When these stories are deeply ingrained in our culture, we accept them as truths, which not only enable attackers to act violently, but also teach women to expect sexual aggression and devalue their autonomy and basic psychological needs.

What are rape myths?

Rape myths are cultural beliefs that are harmful, because they underlie the basic beliefs of our society about the role of women (often in relation to men), what sex should look like, and what rape is. This sets a stage on top of which children are brought up to believe certain things about their genders and bodies, and how they should behave as adults. The adults brought up believing in these myths will act on them in all sorts of ways, some subtle, and some more violent. Rape myths are often acted out unknowingly – from what children learn about self-confidence on the playground, to sexually aggressive compliments from a work friend at a company event. Recently, these forms of sexual assault have at last started to gain more air time in the media, the allegations against Chris Cuomo being a good example of how rape myths allow men to live in a reality where sexual aggression can be dismissed as playfulness. These experiences, no matter how indirect, reinforce flawed ideas about sex. This happens not only in public, but at home with family, in friendships, and at the workplace. Some of these myths have influenced how we think so much, that many legal systems still require proof of struggle and physical injury to recognise rape, though sexual assault takes on many different forms.

rape myths play out in the workplace

Work settings reflect social stories and norms just as any other environment does. Any complaint is met with company policies that do little to resolve why some individuals feel they can violate another employee sexually. The employees overseeing this process are likewise affected by assumptions which are far from objective.

The stories about sex and rape that exist in our society play out in the workplace in a multitude of ways. The minimisation of sexual assault often stems from the idea that rape always has to be violent, or that alcohol removes individual responsibility. Often, the blatant confidence with which workplace abusers assault female colleagues seems shocking. Looking more closely, these instances demonstrate the extent to which superiors can wield control and purposefully isolate others, the power these workplace hierarchies can have, and the stories that enable abusers to cover their tracks and blame the victims.

The flawed ideas about sexual assault underlie the mentality of HR and legal teams that are charged with investigating complaints. Common practices include investigating whether the victim themselves did anything to encourage harassment (ie. victim-blaming), or seeking out evidence of coercion and physical injury, which can be retraumatizing for victims and minimise the harm they have suffered. Additionally, there are assumptions about motivations for complaining, which range from accusations of lying for some kind of benefit, to dismissing genuine concerns as a political game. These assumptions completely misconstrue how taxing speaking up about assault or harassment actually is. The reality is that speaking up takes bravery and a willingness to sacrifice social appearances, which few individuals would unnecessarily risk.

Many rape myths exist, though several of them have been named as the most prevalent and problematic. Some of these narratives are so deeply ingrained in our cultural mindset, that they still shape laws, social rules, and workplace policies to this day.

(and other variations)
A common myth suggests that women’s boundaries must change according to relationship status. Because women are socially coded as submissive in relation to men, they are expected to give in to men’s sexual needs. These “dissolving boundaries” are a fantasy. No one can assume your consent. It is something that only you can give, that you have the freedom to grant or withdraw at any time. These personal boundaries are there for a reason. They are your personal space, your autonomy, and something that is owned only by you. Like being restrained physically, being controlled sexually without your knowledge or against your wishes is abuse. In this way, rape has nothing to do with who is involved. Sexual violence and rape is crossing physical and sexual barriers which every human being has, and which do not miraculously disappear with a change in marital status.

Rape is a violation of any sexual boundaries, and does not have to be violent. There is a pervasive belief that rape is always extreme and always includes violence. Conversely, if there is no violence there is no rape.This image of rape allows rapists to get away with what they describe as ‘minor’ transgressions, and their victims may have trouble understanding that what they have experienced is rape. This myth also demonises the rapist as a monster, making it difficult to identify most rapists, who may outwardly seem innocent. Rape is the absence of consent, with or without violence.

“Women enjoy rape, and exaggerate how much it affects them”

Rape is an attack on the mind and the body. Mentally, it is a violation which can shatter a woman’s feeling of safety in her own skin, and make her feel powerless and permanently changed. People respond to that sort of violation in different ways, from outrage to disconnecting emotionally. Bodily, the experience can cause massive injury, or on the other hand can feel as if the body is aroused against one’s will. All of these responses are normal reactions to an abnormal situation. The trauma of rape can cause a range of injuries – from complex PTSD, and even physical illness – but can also often be repressed. Women underreport rape and often convince themselves it hasn’t affected them, often because of myths like this and the lack of recognition that many women continue to suffer in silence and lack the support they need.

Accusing women of lying about rape assumes that victims of sexual assault always get sympathy. This is far from the truth. Anyone who has shared personal experiences of sexual assault will have experienced pushback or outright denial, and attempts by others to minimise their experience. The stigma surrounding it and discomfort people feel towards the topic of rape often causes victims to keep quiet or second guess their inner feelings. The negative impact of rape goes beyond the trauma itself, as social stigma may lead to women being ostracized, attacked, and impacted career-wise and financially.

“Some people are asking for it”

There is no one type of person that experiences rape. Rape is a violation of personal boundaries that stems from an attacker’s beliefs about what they deserve and what they are entitled to get from others. It’s all about the fundamental line they draw between themselves, and the needs and personal autonomy of others. Rape myths often enable people in positions of power, such as work superiors, family figures and people with a flawed sense of superiority, to take from others what is not theirs. No matter how a woman may act or dress, a person who decides to assault someone is an indiscriminate abuser.

The myths about rape that exist in society perpetuate unrealistic expectations on women, and govern the wellbeing and safety of rape victims everywhere. Understanding why these stories are deeply flawed is key to begin to rewrite harmful cultural narratives and begin to shift towards a safer, and healthier place to talk about sexual assault and rape. These stories affect our society, laws and how organisations function. Shifting the conversation can shift towards a culture that supports women who have suffered sexual assault, and hold abusers accountable. It can also empower women to speak up and be listened to and helped, rather than force them to fight a system that is rigged against them. 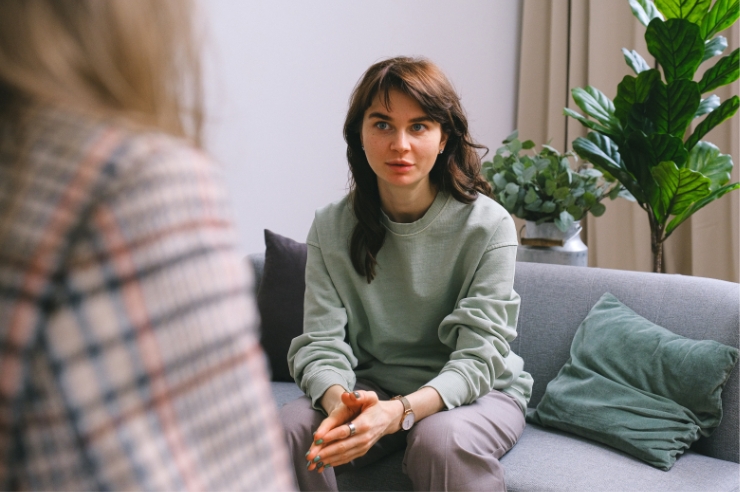