Childhood trauma and the modern workplace

Childhood trauma often affects victims well into adulthood. Whether emotional or physical, abusive environments force children to adapt to unhealthy situations – this happens while children are only just developing their sense of independence and personality. Neither emerges unscathed. No matter the form it takes, abuse means that personal boundaries are crossed. Children tend to be resilient and adapt to these difficulties, but though the adaptation is necessary, it can work against becoming a healthy adult.

The sacrifices abused children make again and again, often affect their very identities and how they relate to other people in the future. Childhood trauma often affects victims well into the future. Trauma and experiences of abuse affect how adults bond with others in the workplace. From developing a sense of trust towards colleagues and superiors, and being able to protect one’s boundaries – trauma affects the foundations of how we exist in the world.

Children who face abuse have to grow up in an environment that makes normal childhood development very difficult. Children should gradually develop a sense of trust and attachment to important figures in their life. In a toxic environment, they have to form an attachment to someone who may violate their basic needs, take away their autonomy and abuse them. This huge obstacle in a child’s normal development requires them to adapt psychologically in order to survive physically and mentally- the effect of that adaptation, however, can cause a lot of psychological suffering for the years to come.

Adult survivors of childhood abuse often struggle to set boundaries and develop healthy relationships with partners and people in their environment. They may struggle to deal with conflict and react strongly to perceived threats. All of these challenges play out in the workplace. Relationships with superiors may become strained if there is too little boundary setting, or a feeling of distrust. The dynamics of the modern workplace interact with these challenges and make for an environment that can lead to much more harm.

Hyperarousal – Constantly looking out for threats

Many adults who faced abuse as children become hyperaroused – a state of constant alertness for danger. This arousal allows the brain to easily enter into the fight or flight response, which is our in-built survival mechanism that allows us to take quick action when in danger. Hyperarousal causes the brain to pick up on all potential threats in the environment, especially where there’s likely to be physical danger. Hyperarousal changes the way we see conflict. It also causes us to perceive danger before it appears. People who have experienced abuse and hyperarousal may react strongly to things like disagreements and conflict in relationships. This can cause relationship strain, and sometimes their personality takes the blame. Due to a lack of understanding, hyperarousal can be misconstrued as a personality flaw. Instead, it is just one of the tools the brain uses to protect someone from harm. It’s a mechanism that is fundamentally good, because it can save lives, by allowing people to react to an attack and protect their bodies. It becomes problematic, when it becomes chronic and affects someone’s life while no longer in harm’s way. Living with hyperarousal can be challenging, but there are tools and therapies that can help regain a sense of calm and control such as CBT and EMDR.

The workplace is a setting where human conflict exists to the same degree as in other social environments. Navigating work relationships with hyperarousal can cause distress in response to seemingly small disagreements, and be incredibly emotionally taxing. These repeated stress responses affect mental and physical wellbeing. While diagnosed conditions such as depression or anxiety are given some accomodation by companies, this usually does not translate to more than a few extra sick days. Signs of distress or emotional challenges at work are usually taken as a sign of unprofessionalism, which only worsens the problem. Much more awareness and education is needed around acceptance of different emotional styles, and how to support employees who struggle with hyperarousal.

Abuse in childhood often forces children to give up some of their basic needs of safety and emotional wellbeing. They are forced to form an attachment with abusive caregivers out of necessity, who in turn constantly violate their wellbeing. The sacrifice they make creates an alternate reality where the caregiver is always right and “good” and they are “bad” and deserving of abuse. Often, experiences of abuse are forgotten and denied. Children carry these liquid boundaries into their adult lives. As adults, they may often find themselves in relationships where emotional, physical or sexual violations are normal and expected. The mind may not even register the abuse as real, or only notice it after the fact. The automatic response to being verbally or physically attacked is to seek things to blame oneself for, rather than to protect oneself. This exposes many adult survivors of childhood abuse to other abusive relationships. Often, media representations of victims of repeated abuse fails to acknowledge that many victims are unable to “simply leave”, as they may struggle to see themselves in relationships others would define as healthy.

Boundary setting is incredibly important in work environments. The modern workplace often encourages employees, especially those starting their careers, to “go the extra mile” and push themselves beyond what is expected. Career progression often depends on a constant expectation of growth. Having trouble setting boundaries could cause problems with forming workplace relationships. Work culture grants senior level staff power over junior team members in a “paternal” sort of system of reward and punishment. These “replacement parents” can be critical, demanding, and feel that the normal rules of equality and respect do not apply to anyone below them. Victims of abuse that struggle with setting boundaries may find themselves unconsciously accepting boundary violations, such as sexual advances or verbal attacks. The line is blurred or invisible, which also makes is easier for predatory individuals to make a move.

Another area in which adults who have experienced childhood abuse struggle with is maintaining a balance of independence and intimacy in relationships. Emotional abuse in particular often involves blaming the victim for negative emotions. Children who go through this are taught to feel responsible for their abuser’s feelings, both good and bad. This level of interdependence furthers abuse because the abuser does not claim responsibility for their own behaviour and emotional control.

In adulthood, this pattern can lead to emotional dependence on other people, and taking responsibility for others’ actions. In a workplace environment, employees are often staffed without any consideration of individual working styles or personal differences. Throwing hierarchies into the mix can create an environment where people are evaluated professionally based on emotional reactions. People pleasing, pushing oneself beyond mental limits, and suppressing negative feelings can lead to emotional burnout. What’s more, men and women with disordered and abusive tendencies seek out people they can build these domineering relationships with. Unfortunately, to this day, placing unbiased checks on managerial relationships is something few organisations practice.

How should we talk about the effects of abuse in the workplace?

Organisations are more than just a system of people structured by skills and into hierarchies. Companies are living things that reflect the vast social and individual differences of people that make them up. Individuals bring their experiences into organisations, whether positive or negative, and these experiences will affect how they behave and relate to colleagues. There needs to be a shift in understanding trauma and abuse as endemic, often hidden, and complex – far from the flawed image of extreme violence which abuse only rarely involves. Abuse needs to be recognised as a problem that requires proactive action, and the first step in this is building greater awareness of human relationships and how abuse happens.

Working towards a more emotionally intelligent organisation can help create environments that value acceptance and genuine friendship and that take advantage of individual differences to create a culture and mission that people genuinely care about and believe in. 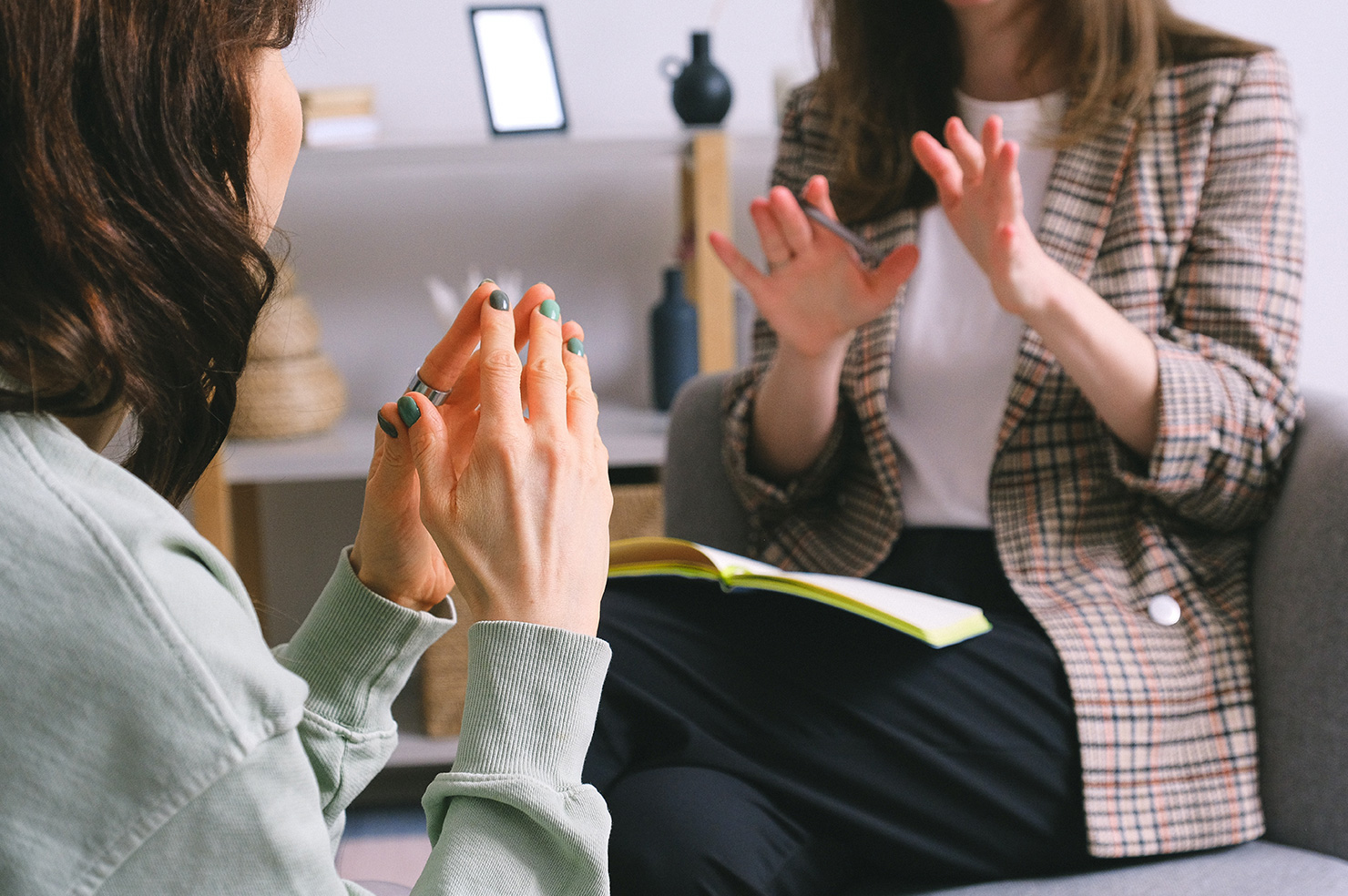